The 2020 running of the Simola Hillclimb will be the eleventh edition of what has become South Africa’s premier motorsport lifestyle event with a growing international footprint. 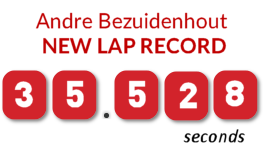 Set by:
Andre Bezuidenhout in Gould GR55 in Single Seaters and Sportscars Class at Simola Hillclimb 2018

Competitor Entries for the
2020 Simola Hillclimb
have closed!

The 2020 edition heralds in a new era by moving from having a motor manufacturer-importer as the title sponsor to partnering with multiple car brands as we strive to uplift the event to yet another level.

Our journey thus far has seen us partner with Renault and Jaguar as headline sponsors and we would not be where we are today without their support. Renault took a chance with us for the second edition when the event was still in its infancy, and the future and returns it could deliver were unclear. Its involvement helped us to very quickly shift the Hillclimb up a gear and build a solid foundation for what was to come in the years ahead.

Jaguar took over the title sponsorship in 2014 and proved to be a loyal and supportive partner for the next six years. The premium brand association added a significant brand boost for the event in the eyes of the public, while the exacting standards of the Jaguar pushed us to deliver an event to ever higher levels, which benefited not only the Hillclimb itself, but also the spectators, competitors, our partners and the town of Knysna.

Scheduled for 7 – 10 May 2020 postponed / TBA, the new-look Hillclimb presents us with a number of challenges, but at the same time plenty of opportunities. We have never been shy of new challenges, a bit of risk, a dash of anxiety but with our great team and proactive planning, we believe that we will deliver a knock-out event in 2020.

Now, as a new dawn arrives, the Simola Hillclimb will roar even louder to the sound of engines, cheering spectators and popping champagne corks as we race into the second decade of South Africa’s leading motorsport lifestyle event.

When we set out on this journey, we were told that few would come to Knysna for a purely motorsport event, but with vision and hard work we have built a local motorsport lifestyle showcase that attracts competitors, spectators and broadcast viewers from around the globe.

In our striving to always keep improving we have evaluated what was good and not so good from previous years, listened to all our stakeholders, looked at other global events for inspiration and ideas, and then decided which factors to implement with the view to making it a better experience for all.

The 2019 Hillclimb confirmed this strategy as it continued to show growth on all levels. A little over 17 200 people from around the globe came through the gate, drivers from the USA, UK and Germany competed, while spectators from Australia, the DRC, Germany, Hong Kong, Namibia, the Netherlands, Switzerland, the UK, and USA (in addition to SA) purchased tickets via our online system.

From a media perspective, once again the event trended at number one on Twitter during  the weekend with over 250 000 impressions, activity on Facebook delivered over 150 000 shares reaching over 2 million users, and other social media engagement was at an all-time high. Traditional media also granted the event significant coverage pre- and post-race including multiple live crossings on ENCA news.

Our media team accredited 144 media personnel from around the country and abroad. To date, the You Tube video views (those that we have managed to track) number over 7.3 million, while our live stream boasted 236 000 views delivering 1,343 million minutes. Average viewing time was 25 minutes, which is excellent by international standards. Our website attracted 46 559 users during May alone.

On track the Gould single seater was quickest car again in the hands of Andre Bezuidenhout, yet it did not beat its track record of just 35.5 sec from the previous year. The talk of the event though was the specially built – in New Zealand – Nissan GTR of Franco Scribante. This car created serious hype and social media chatter. Despite it making its debut on the hill after just a few shakedown laps in Port Elizabeth on the way to Knysna, it won the Modified Saloon category notwithstanding a number of gremlins afflicting it during the weekend.

The growth in non-motorsport mad visitors coming to the event for the experience has been phenomenal, and 2019 saw this trend continue with many people attending just for the occasion. Needless to say, they left vowing to return next year.

So, whether you have attended the Simola Hillclimb before, or not, you won’t want to miss the 2020 experience as the line-up of cars and activity promises to be better than ever, while the smoke, noise, vibe, excitement levels and off-track activities are the epitome of good entertainment.

Whether you are a petrol head, speed lover or just someone who loves a good time – don’t miss out – you will leave satisfied and enthralled at the spectacle. If you do miss it you will suffer a severe case of FOMO for months afterwards. Simola Hillclimb FOMO is a growing epidemic!

The weekend kicks off on Thursday 7 May with the Fan Fest including the Classic Car Display and Parade in Hedge Street, and from thereon in it is non-stop entertainment for the rest of the weekend. Don’t miss it!

The driver or team member who most reflects the Dave Charlton spirit of attention to detail and meticulous persistence across the full spectrum of car and team preparation leading to produce and deliver commendable performances in competition, or to the competitor or team member showing exceptional spirit and sportsmanship