The highly anticipated Virtual Knysna Simola Hillclimb completed its first round of action on Sunday with Lorenzo Gualtieri emerging from a fierce battle as the winner by a narrow 0,041 sec over former Group N racing champion Charl Wilken.

The opening round of the series emulated the Classic Car Friday (CCF) element of the real event with participants having to drive the iconic Lotus 49.

Adriaan Nel took the early lead of round one with a time of 38,500 seconds but from Wednesday the competition intensified with the leading SIM racers starting to break the 37-second barrier. Early leader Nel, Wilken and Gaultieri swapped the lead multiple times over the remaining days. Wilken was heading towards the win until the final day when Gaultieri set a very quick 36,694 to clinch victory. Gaultieri and Wilken were the only two competitors to break the 36-second. barrier, but it was all extremely close with the top seven racers finishing within one second of each other.

Thanks to his win Gualtieri leads the standings on 100 points from Wilken on 95, Nel 92, Willem van Rensburg 90, John-Henri Vaughn 89, and regular Simola Hillclimb competitor Juan van Rensburg on 88. 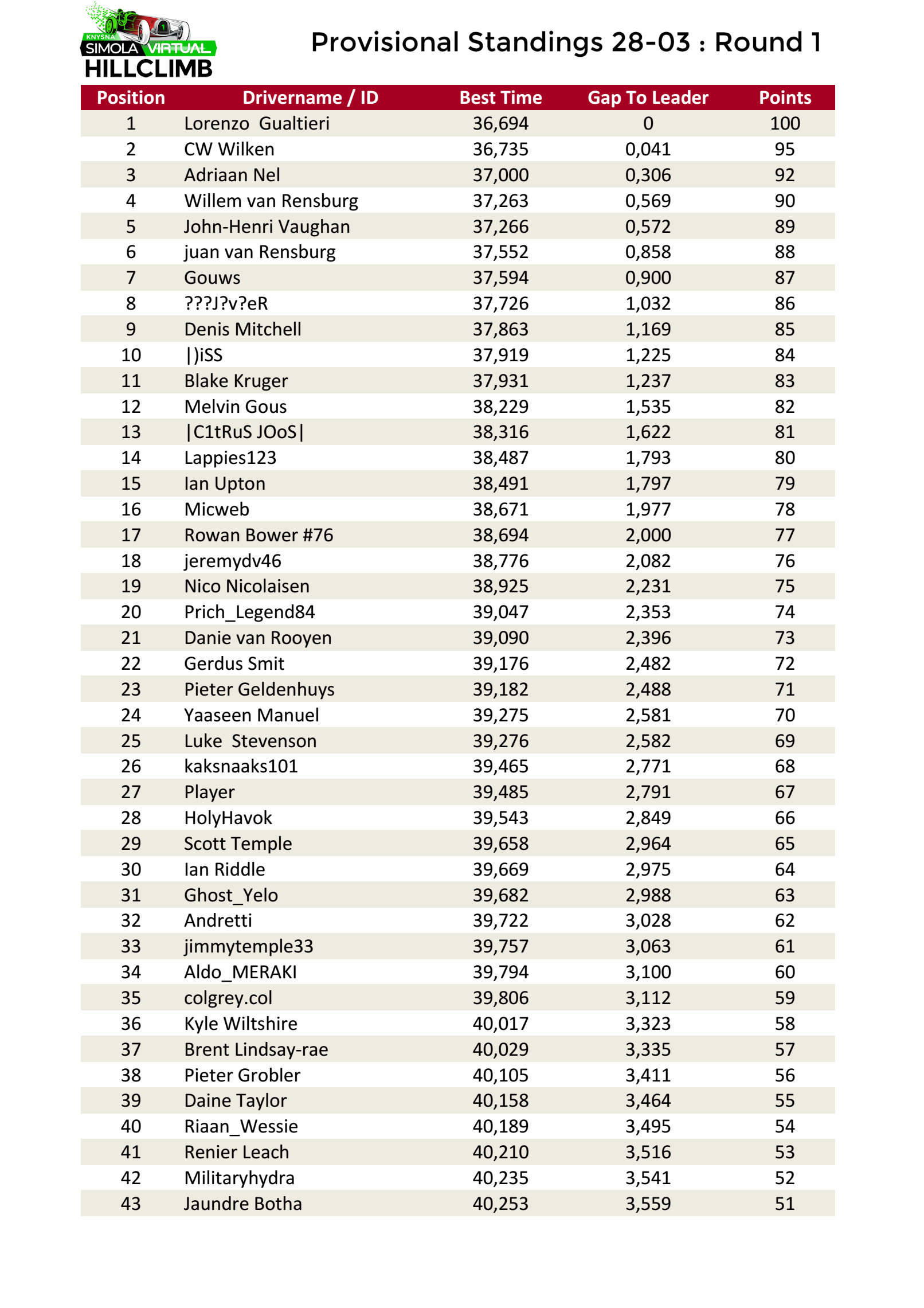 Interest in the Virtual Knysna Simola Hillclimb was well above expectation with over 100 competitors joining the opening round and 4215 competitive times being set over the week. To be able to cater for the large number of participants, Monarch Events set up ten online Assetto Corsa Servers, enabling 50 competitors to play online at any one time. 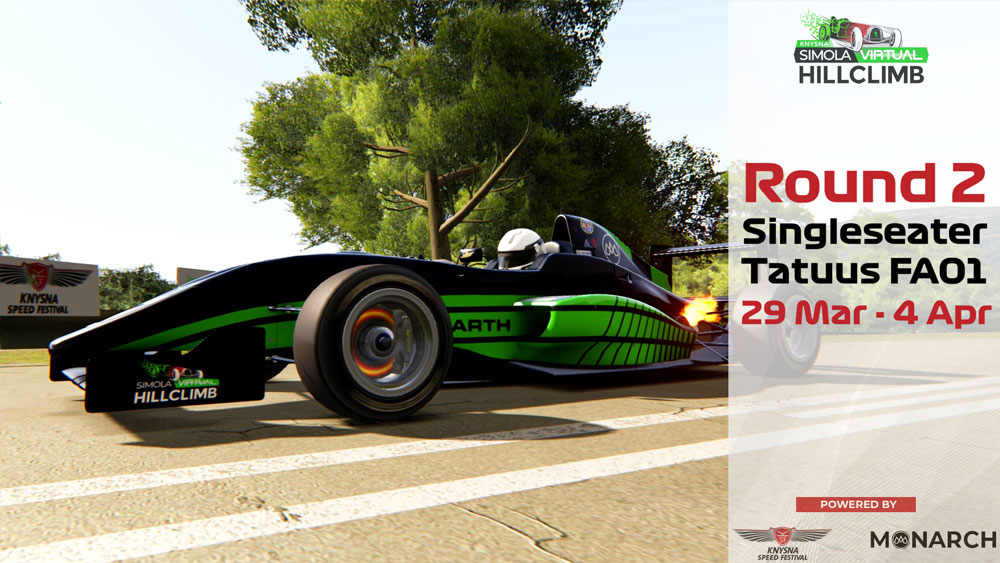 Round two started on 29 March with the selected car for this round being a Tatuus FA01 single seater. This car is specifically designed for the Assetto Corsa platform. Tatuus is an Italian race car manufacturer that builds one-make formula cars for race series around the globe. With no modifications allowed to the cars, it is expected that the times will be much closer than those seen in round one. The fastest time in the real Simola Hillclimb of 35.528 seconds, set by Andre Bezuidenhout, is expected to come under threat in this round as the Tatuus is a very quick and stable car on the hill.

The scores from all four rounds will produce the Top Ten competitors to qualify for the finals on 8 and 9 May and the winner after those two days of competition will be crowned the Virtual King of the Hill that Sunday evening.

Full rules are available on the Knysna Simola Hillclimb here with updates and news posted on our website and social media channels as follows: