The 2021 running of the Simola Hillclimb will be the eleventh edition of what has become South Africa’s premier motorsport lifestyle event with a growing international footprint. 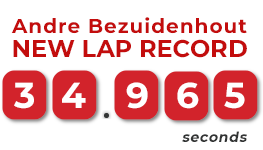 Set by:
Andre Bezuidenhout in Gould GR55 in Single Seaters and Sportscars Class at Simola Hillclimb 2021

The 11th edition of the Simola Hillclimb proved to be another victim of the COVID-19 pandemic having to be postponed from May 2020 to September 2020 to May 2021 and now to September 2021.

While disappointing for everyone, as the organiser of South Africa’s premier motorsport showcase, we prefer looking ahead and being positive. So, rather than crying into our beer glasses, we have constantly adapted to the ever-changing conditions, finding the positives out of the situation we find ourselves in, and determined to present an awesome event for all our stakeholders within the prevailing regulations and conditions that exist in September.

Unfortunately, under the current regulations we will not be able to accommodate spectators at the event in September. This means no fan fest, street parade, hospitality or spectators on track.

We are acutely aware that you, our spectators and fans, are such an integral part of the spirit and vibe of the Hillclimb that it will never be the same without your presence, but we have no choice in the matter. We will miss you!

However, the on-track action is sure to be as hot and competitive as ever, and we will try our very best to convey the track action to our fans in the best manner possible via television, live stream, media and social media within the constraints that we are faced with.

We would also like to take this opportunity to thank all our partners, fans and competitors that have stuck with us during these extremely tough times for the event industry. It is thanks to you and your support that we have survived to this point for which we will always be grateful.

When we set out on this journey, we were told that few would come to Knysna for a purely motorsport event, but with vision and hard work we have built a local motorsport lifestyle showcase that attracts competitors, spectators and broadcast viewers from around the globe.

In our striving to always keep improving we have evaluated what was good and not so good from previous years, listened to all our stakeholders, looked at other global events for inspiration and ideas, and then decided which factors to implement with the view to making it a better experience for all.

The 2019 Hillclimb confirmed this strategy as it continued to show growth on all levels. A little over 17 200 people from around the globe came through the gate, drivers from the USA, UK and Germany competed, while spectators from Australia, the DRC, Germany, Hong Kong, Namibia, the Netherlands, Switzerland, the UK, and USA (in addition to SA) purchased tickets via our online system.

From a media perspective, once again the event trended at number one on Twitter during  the weekend with over 250 000 impressions, activity on Facebook delivered over 175 000 shares reaching over 2.3 million users, and other social media engagement was at an all-time high. Traditional media also granted the event significant coverage pre- and post-race including multiple live crossings on ENCA news.

Our media team accredited 144 media personnel from around the country and abroad. To date, the You Tube video views (those that we have managed to track) number over 9 million, while our live stream boasted over 252 000 views delivering 1,373 million minutes. Average viewing time was 25 minutes, which is excellent by international standards. Our website attracted 46 559 users during May alone.

On track the Gould single seater was quickest car again in the hands of Andre Bezuidenhout, yet it did not beat its track record of just 35.5 sec from the previous year. The talk of the event though was the specially built – in New Zealand – Nissan GTR of Franco Scribante. This car created serious hype and social media chatter. Despite it making its debut on the hill after just a few shakedown laps in Port Elizabeth on the way to Knysna, it won the Modified Saloon category notwithstanding a number of gremlins afflicting it during the weekend.

The driver or team member who most reflects the Dave Charlton spirit of attention to detail and meticulous persistence across the full spectrum of car and team preparation leading to produce and deliver commendable performances in competition, or to the competitor or team member showing exceptional spirit and sportsmanship